Beginning in March 2018 I started photographing the protests against the Kinder Morgan pipeline expansion project in Burnaby, BC, Canada. Kinder Morgan wants to twin their existing pipeline from Alberta to British Columbia and have faced weekly protests from First Nations groups who fear the project could damage the environment and the increased tanker traffic could disturb marine life. I wanted to photograph the people who were participating in the protests, all of whom showed great courage and many of whom allowed themselves to be arrested, paid large fines and in some cases, went to jail.

Many of the protests took place at the main gates of the Kinder Morgan tank farm and at their Westridge Marine Terminal in Burnaby. Across the street from the tank farm, protesters, who prefer to be called water protectors and land defenders, set up a make-shift roadside camp named Camp Cloud. Complaints from the local residents eventually lead to the camp being torn down.

The protesters ranged from grey-haired seniors, to first nation’s youth, to the physically challenged to spiritual leaders from many faiths. For some, the waiting to be arrested was quite stressful.  However, they received support from the protest organizers, fellow protesters and from first nation’s smudging ceremonies. They showed great courage considering they would be surrounded by 10 – 15 police officers as they waited for their turn to be arrested.

I focused on the quieter moments; sweet grass smudging, eagle feather ceremonies, offerings to the police during the protests, chanting and singing, not the adversarial encounters favored by the press. In taking my photographs I composed some of the images in such a way as to bring order to the chaos of the protest. To capture that one moment when people and objects fell into a cohesive whole and the scene possessed a nice harmonious composition.

At other times, I attempted to isolate a subject clear of any other distractions. In some of these photos, post production involved eliminating some of the background distracting elements.

In some scenes, I liked to fill the frame from top to bottom and side to side with a dense mix of protesters, organizers, press, and protest signs. Everyone taking care of their immediate tasks; yelling, singing, chanting, waving placards, filing reports, photographing, talking, and recording interviews.

On August 30, 2018 the Federal Court of Appeal temporarily quashed the Trudeau government’s approval of the Trans Mountain pipeline and tanker project, giving the first nations members a reason to celebrate. No doubt the protesters helped in achieving this victory but this is just one battle in a war and they will rest awhile before going into battle again.

As I update this statement today, the pipeline project appears to have passed all of its legal hurdles and construction is underway in areas outside of Vancouver. It remains to be seen if the protests will begin again as construction moves closer to Burnaby mountain.

(More photos will be added shortly) 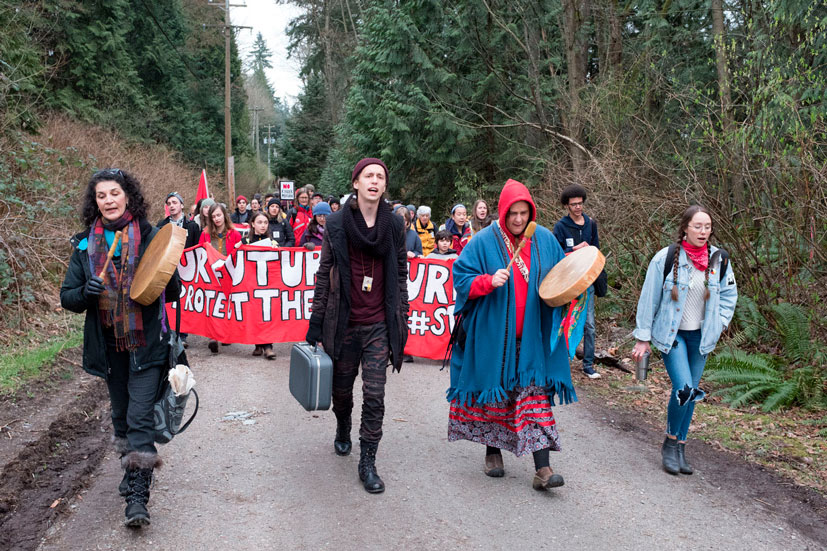 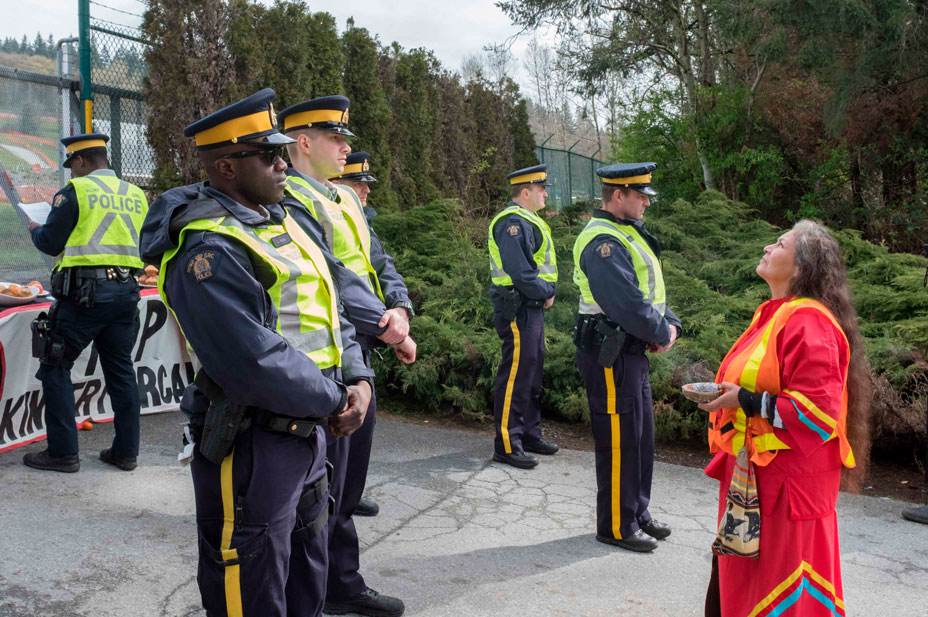 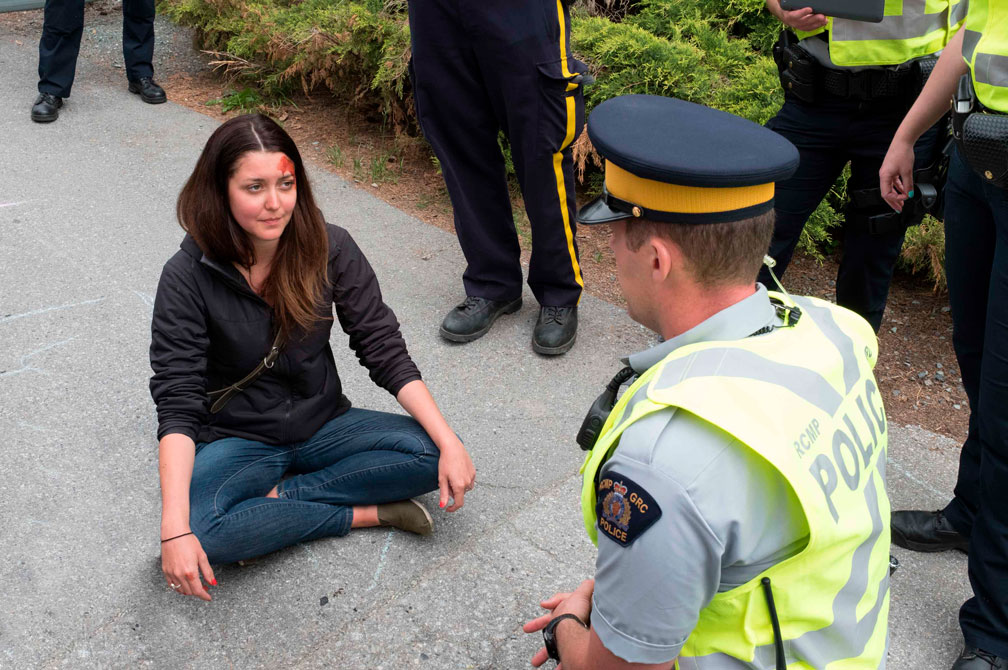